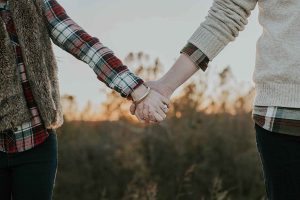 In today’s post, I continue the discussion on annuity pricing which I began recently.

In today’s scenario, we’ll see what happens to the price of an annuity if:

The first two types of provision are popular if you worry about the “hit by a bus” factor.

First, practically speaking, to provide 10 years of certain income, the “survival probabilities” become 100% for the first 10 years of payments (see Table 2). The annuitant does not become immortal, but from the perspective of the actuaries who are pricing this annuity, payments must be made regardless of survival status.

Switching from a life-only annuity to one that guarantees payments for at least 10 years lowers the payout rate by 0.23%.

An income annuity with a cash refund could be priced in a similar way, though the math becomes more complex than what can be shown in simple tables. For each age, we consider the probability it represents the age of death, and then also include the remaining refund amount from the initial principal to be provided to beneficiaries. The refund amount is discounted by the factor for that age to know the expected cost today to provide the refund.

The tradeoff is that while you could receive the highest income while alive with a life-only income annuity, you can alleviate fears about not living long enough to fully collect on annuitized assets by adding provisions which will create more opportunities for your beneficiaries to receive something in the event of an early death. Academics who study income annuities generally suggest a life-only income to fully maximize the income-producing power, with legacy goals covered through other means, but these sorts of provisions are quite popular in practice.

Pricing for an Income Annuity with Cost-of-Living Increases

Another income annuity option we can price is an annuity with a cost-of-living adjustment (COLA). Using a COLA requires a minor adjustment to our table. If the COLA is 2%, then rather than having a fixed income of $10,000 each year, the annuity instead provides an income which grows by 2% each year. Naturally, the ability to receive more income over time raises the cost.

In this case, the cost for a 2% COLA increases the life-only annuity price from $148,492 to $180,536. (calculations in Table 3). While we must remember that income increases over time with this provision, the payout rate for the initial income amount falls from 6.73% to 5.54%. With a lower payout rate, but 2% annual income growth, the income payment in year 10 would finally be larger than the initial income payment for the no-COLA version if the same premium amount was applied to each contract. The tradeoff is whether to accept a lower initial income, but gain the ability to have income grow over time.