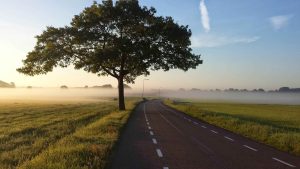 Believe it or not, legitimate arguments exist for claiming Social Security early. Sometimes individuals simply need the funds to survive and have no other income alternatives to cover delaying benefits until 70. Delaying retirement would be a better option, but it is not always possible. Claiming early in such circumstances may be unavoidable, resulting in a permanently reduced lifestyle.

Another reasonable situation to claim early is for individuals with legitimate medical reasons to believe they will not live to age 80. In this instance, it is important to consider survivor and dependent benefits based on earnings history. Age of death is not the only factor in determining the optimal household solution.

Some strategies also legitimately call for the spouse with smaller lifetime earnings to start benefits earlier in order to maximize lifetime household benefits. The higher earner might also occasionally claim earlier in order to take advantage of benefits for dependent children or dependent parents. With so many options and so much money at stake, I cannot emphasize enough the important of testing individual situations using comprehensive Social Security planning software that includes all relevant variables.

Other reasons can be used to justify claiming Social Security early, but I generally find them less compelling. For instance, some have made the rather dubious claim that an investment portfolio can be expected to produce higher returns than those offered by Social Security delay.

This uncertain quest for upside growth means giving up a valuable, lifelong, inflation-adjusted income stream. To make risks comparable, the appropriate investment would be TIPS. To generate the returns needed to beat Social Security delay would require a high risk tolerance and aggressive asset allocation, not to mention plenty of discretionary wealth. People tend to be overconfident about their investing prowess, making it easy to fall into a behavioral trap.

The Social Security claiming decision can also be viewed in terms of the breakeven age you have to reach before the delay decision pays off. This causes some to feel like they’re gambling their savings by delaying, considering that they could die before the strategy pays off.

The following table shows the basic concept behind breakeven analysis for an individual with a full retirement age of 66 whose PIA is $30,000. The analysis is provided in real inflation-adjusted terms for two discount rates. Breakeven ages are 80 and 84, depending on the choice of discount rates.

In hindsight, those who die before the breakeven age would have been better off claiming early. Delay is more financially rewarding for those who live beyond the breakeven age. However, it is important to remember that the ability to support survivor and dependent benefits through one’s record means the breakeven age is not the age of the worker’s death, but the implied age when benefits stop being paid based on the earner’s record.

Though breakeven analysis is a mathematically correct way to think about Social Security claiming, thinking this way tends to bring to the forefront of one’s mind that they might not live to the breakeven age. With continual longevity improvements, the odds of reaching your breakeven age are greater than 50%. The probabilities actually favor delay.

Beyond this point, the breakeven age analysis misses the point of the insurance value Social Security provides. If you choose to delay and then die before collecting or breaking even, you won’t be around to regret it. Regret comes when you live a long life and think about how you could have been better off if you had delayed.

By waiting from 62 to 70 to start benefits, your benefits will be 76% larger for the rest of your life. That is a valuable safe and real annuity based on an implicit real return of 2.9%. The premiums for that annuity are the eight years of missed benefits between 62 and 70, but it can be a pretty good deal and it protects your lifestyle in the event of living a particularly long life.

Think about the marginal utility of wealth: If someone dies early in retirement, they leave a larger nest egg to the next generation, and being the bigger of two already large numbers may not have much of an impact on the financial circumstances for heirs. They are already receiving a large unexpected bequest.

The nature of the legacy changes for longer and more expensive retirements. Delaying Social Security lowers the likelihood of depleting your financial assets, meaning less strain on any potential heir to provide reverse support. The potential to leave a larger relative legacy is higher with delayed Social Security in these long-retirement cases when the available bequests will otherwise be less. This is when each dollar of additional bequest will count for more. It may seem counterintuitive, but, in this sense, a retiree may actually be doing subsequent generations a favor by delaying Social Security.