Which Retirement Spending Strategy Is Right For You?

Deciding on the right retirement spending strategy for your particular situation is both incredibly difficult, and incredibly important. There are huge numbers of reasonable options, but how do you know which is right for you? The answer depends on several factors.

As you might expect, different strategies will lead to different patterns for spending over time. Generally, for strategies that adjust spending in response to portfolio performance, the pattern of spending in retirement will relate to what is shown below. With strong portfolio performance, the standard of living can rise during retirement, while average returns may keep the living standard more consistent, and poor returns will lead to a reduced standard of living.

The Relationship Between the Retirement Living Standard and Market Returns 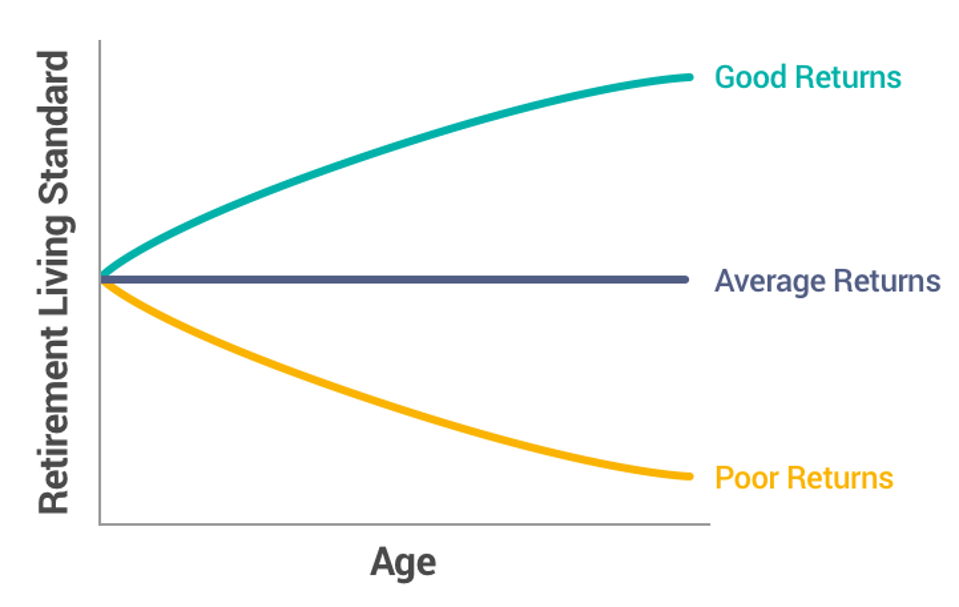 Beyond this, there are different variable spending strategies will act differently through time. Below, we can see three general patterns for spending in retirement. 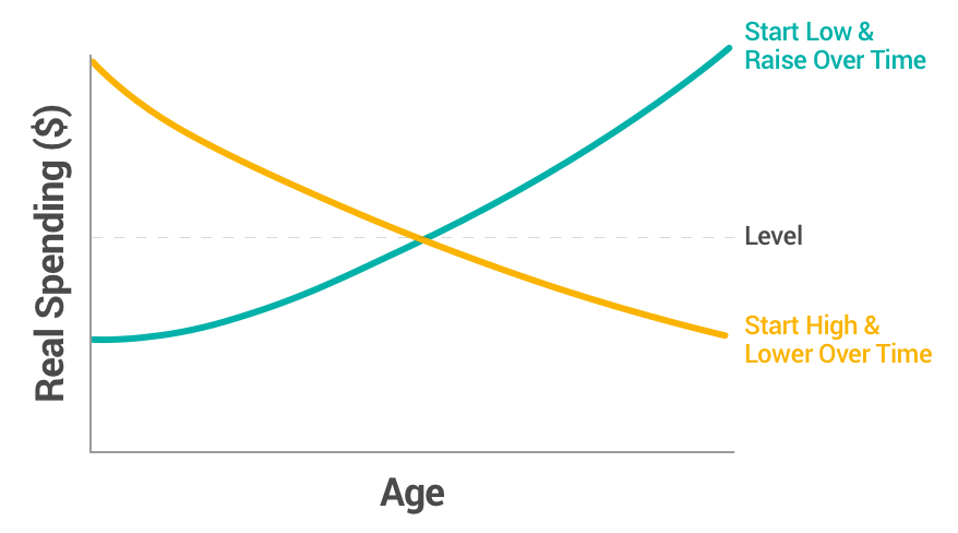 Some strategies may allow for a higher initial level of spending, with a spending path that decreases on average over time (at least in real terms).

For a simple example, a strategy that calls for spending a fixed amount without inflation adjustments will represent such a pattern, as your purchasing power power will decrease through time. Other strategies may leave spending more stable in inflation-adjusted terms, at least on average.

If the spending level exceeds what the yield curve for interest rates can support, then the strategy seeks to “amortize the upside” with the hope that subsequent market returns can justify keeping the higher spending level constant.

A final important consideration is how much fluctuation in annual spending can be expected with a strategy. Spending could increase or decrease over time, but the risk metric of greatest concern is the extent to which annual spending may need to be reduced. The amount of spending volatility a retiree can accept is based on several factors, including:

The measure I will use for spending volatility looks at the average reduction in year-on-year spending over the retirement horizon. If there is never a decrease in spending, then the volatility measure is zero.

If a thirty-year retirement experiences four inflation-adjusted spending reductions—once at 10%, once at 5%, once at 3%, and once at 2%—then the measure is the average of these reductions over thirty years (total of 20% over thirty years, for a measure of -0.67% downside spending volatility).

Risk-averse retirees will accept a strategy with lower but more stable spending over retirement, compared to a strategy that might support higher average spending, but with greater volatility and more occasions for annual spending to dip to uncomfortably lower levels.

Two spending patterns like this are displayed below. The more risk averse will prefer the lower average, less volatile path, while those with more flexibility and risk tolerance might be willing to accept the higher average but more volatile spending path. 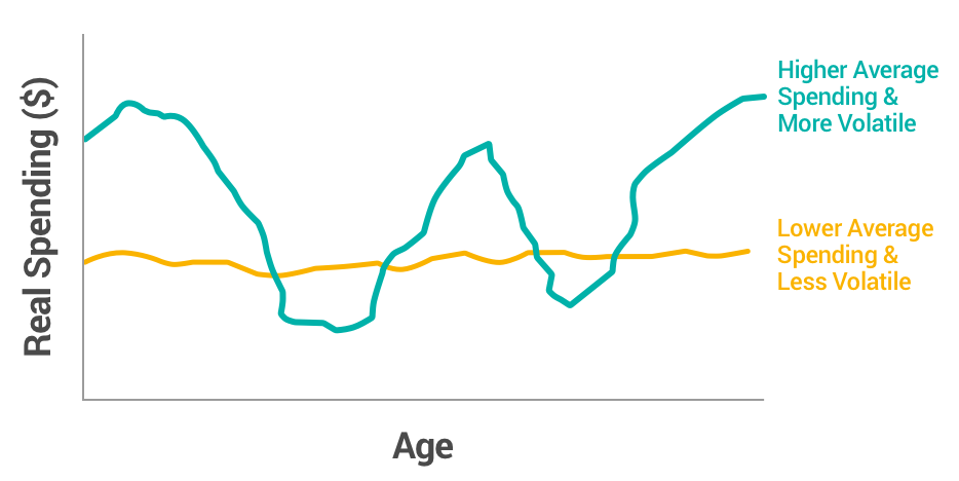 Just like everything else in retirement income planning, deciding which retirement spending strategy is right for you is about managing trade offs. There’s no single “best” approach, but rather a plethora of reasonable ones. This is a decision that will have a hugely significant impact on the course of your retirement, so it is worth the time to consider how you feel about the different elements of this decision.