The 4% Rule And The Search For A Safe Withdrawal Rate 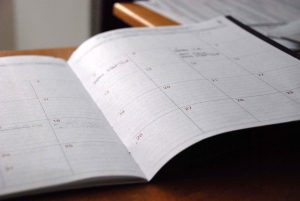 Of the two main schools of thought in retirement income planning, the probability-based school of thought is probably most familiar to the public and financial professionals. Its roots grow from research completed by California-based financial planner William Bengen, which was first published in the Journal of Financial Planning in 1994.

Bengen sought to determine the safe withdrawal rate from a financial portfolio over a long retirement. Though the term “safe withdrawal rate” uses the word “safe,” it is not part of the safety-first approach. The probability-based school uses “safe” in a historical context. The probability-based approach is more closely associated with the traditional concepts of wealth accumulation and investment management.

Probability-based models tend to focus on this concept of safe withdrawal rates, a concept which is rather foreign to the safety-first school of thought. Safe withdrawal rates are about systematic withdrawals from a volatile portfolio. The question is: How much can retirees withdraw from their savings, which are invested in a diversified portfolio, while still maintaining sufficient confidence that they can safely continue spending for a sufficiently long time period without running out of wealth?

A 2011 Financial Planning Association survey described by Jonathan Guyton indicates that 75% of surveyed financial planners either “always” or “frequently” use systematic withdrawals with their clients. They care about the safe withdrawal rate.

In the early 1990s, William Bengen read misguided claims in the popular press that average portfolio returns could guide the calculation of sustainable retirement withdrawal rates. If stocks average 7% after inflation, then plugging a 7% return into a spreadsheet suggests that retirees could withdraw 7% each year without ever dipping into their principal.

Bengen recognized the naivety of this calculation, because it ignores the real-world volatility experienced around that 7% return, and he sought to determine what would have worked historically for hypothetical retirees at different points in the past. He used Ibbotson Associates data extending back to 1926 for U.S. financial markets. His research introduced the concept of sequence of returns risk to the financial planning profession.

The problem he set up is simple: a new retiree makes plans for withdrawing some inflation-adjusted amount from their savings at the end of each year for a 30-year retirement period. For a 65-year old, this leads to a maximum planning age of 95, which Bengen felt was reasonably conservative.

What is the highest withdrawal amount as a percentage of retirement date assets that, with inflation adjustments, will be sustainable for the full thirty years? He looked at rolling thirty-year periods from history, such as 1926 to 1955, 1927 to 1956, and so on. He found that with a 50/50 asset allocation to stocks and bonds (the S&P 500 and intermediate term government bonds), the worst-case scenario experienced in U.S. history was for a hypothetical 1966 retiree who could have withdrawn 4.15% at most.

Bengen’s work pointed out that sequence of returns risk will reduce safe sustainable withdrawal rates below what is implied by the average portfolio return. Its popularity has coalesced into a general viewpoint about retirement income planning that we refer to as the “probability-based” approach. We next shift toward describing how the probability-based approach deals with several basic questions about retirement income plans.

How are goals prioritized?

Regarding the prioritization among a retiree’s spending goals, the idea of using a “safe withdrawal rate” as implied by the 4% rule is that a person does not retire until accumulating a sufficient level of assets such that their entire lifestyle goal can be met by spending from their portfolio at the determined safe withdrawal rate.

For instance, if someone seeks to spend $40,000 per year from their portfolio and is comfortable with spending at an initial 4% rate from assets, then the wealth accumulation target to allow retirement to commence is:

For instance, in the influential book The New Wealth Management, Harold Evensky and co-authors argue that clients are generally more sensitive to the probability of meeting their goals than to the magnitude of their shortfall. In the bad luck cases, it hardly matters if a retiree can spend only ¼ or ½ less than their goal, because their lifestyle is severely diminished either way.

As suggested by the naming of the probability-based school, the objective is to develop a plan that will maximize the probability of success for meeting the overall lifestyle goal. For aggressive goals, an aggressive asset allocation may be what maximizes success with the hope that an outsized return premium for stocks can be earned above bonds.

Financial planners such as Michael Kitces and Jonathan Guyton argue that it is difficult for people to differentiate between essential needs and discretionary expenses, and that real people are not as blasé about meeting their “wants” (as opposed to needs) as safety-first advocates assume.

What is the investment approach?

The probability-based approach is based closely on the concepts of maximizing risk-adjusted returns from the perspective of the total portfolio. Asset allocation during retirement is generally defined in the same way as during the accumulation phase, using Modern Portfolio Theory (MPT) to identify a portfolio on the efficient frontier in terms of single period trade-offs between risk and return. Different volatile asset classes that are not perfectly correlated are combined to create portfolios with lower volatility, and the efficient frontier identifies the asset allocation combinations that provide the highest probability-weighted arithmetic average return (often called the ‘expected return’ in finance literature) for an acceptable level of year-by-year volatility (often called risk).

This is an assets-only analysis, and the investor’s spending needs are not part of the decision calculus for determining asset allocation. Also, inputs for the efficient frontier are generally estimated from historical data. With MPT, investors aim to maximize wealth by seeking the highest possible returns, given their capacity and tolerance for risk over a specific time horizon.

For retirement planning, spending and asset allocation recommendations are based on historical or Monte Carlo simulations of failure rates, to mitigate the risk of wealth depletion that is inherent in drawing down a portfolio of volatile assets. The failure rate is the probability that wealth is depleted before death, or before the end of the fixed time horizon which stands in for a maximum feasible lifespan.

Asset allocation decisions are generally guided by what is able to minimize the failure rate in retirement. This has led advocates of the probability-based approach to use more aggressive asset allocations than seen elsewhere (such as the rule of thumb that bond allocation should be set equal to one’s age).

Advice from Bengen and subsequent studies is to have a stock allocation between 50 and 75%, but as close as possible to 75 percent. Probability-based advocates are generally more optimistic about the long-run potential of stocks to outperform bonds and to provide positive real returns, and so investors are generally advised to take on as much risk as they can tolerate in order to minimize the probability of failure.

Probability advocates generally do not see much value in using income annuities. Income annuities have no upside potential, and advocates view this as a cost that is too high relative to the safety that the income annuity provides. Especially with the low interest rates of today, building a lifetime floor can be seen through this prism as expensive. Income annuities might protect a person from destitution, but probability-based advocates argue that annuities could also lock out any ability to enjoy the higher quality of life that people desire for their retirement.

Most retirees will not have saved enough to safely immunize their entire lifestyle spending goals using only bond ladders and income annuities, and still have sufficient remaining wealth available to create a liquid contingency fund to deal with unexpected expenses. If a retiree’s desired withdrawal rate is above what can be generated with the bond yield curve, a bond portfolio will not be able to meet all of their spending goals.

Bonds would actually serve as a drag on the portfolio because there will be no chance to get the types of returns needed to fund their desired lifestyle. It is the same if the spending goal exceeds what can be obtained with an income annuity. Equity exposure moves retirees away from the guarantee that their plan will work, but it might provide the only opportunity for them to meet all of their aspirations. This aspect of probability maximization through a diversified portfolio is why we refer to this school of thought as probability-based.

What is the safe withdrawal rate from a diversified portfolio of volatile assets?

Though acknowledgment is made that a new worst-case scenario is possible in the future and mid-course corrections might be needed, users of safe withdrawal rates generally treat 4% as a reasonably safe worst-case sustainable withdrawal rate for a thirty-year retirement period.

Bengen now speaks regularly about 4.5% as the safe withdrawal rate, a result derived from also including small-capitalization stocks into the portfolio mix. He is confident that U.S. history provides a good guide about worst-case scenarios, since it includes the Great Depression, a world war, and the stagnation of the 1970s.

If a person is able to meet their lifestyle goal using a safe withdrawal rate determined from history, they can be reasonably confident about their retirement. Also, in all but this worst-case scenario, so the argument goes, retirees will enjoy further upside as the portfolio grows when using a conservative withdrawal rate.

Regarding upside, Kitces and Bengen have both described, as a statement of confidence in safe withdrawal rates, that in 96% of the U.S. historical simulations, the value of assets remaining after thirty years will be higher than the retirement date amount (although this is not adjusted for inflation). Ultimately, the idea is to retire when you can meet your spending goals using what you are comfortable in identifying as a safe withdrawal rate for your portfolio.