How Can Retirees Adjust Their Spending For Inflation Without Breaking The Bank?

The basic premise of his rule is that retirees are willing to forgo an inflation increase, but will never want to accept a decrease in their nominal spending. They will have a certain lifestyle in mind that will rarely necessitate increasing spending in real terms, so there is no need for such an option. Essentially, retirees would like to increase spending with inflation but will forego some increase when necessary.

This works in the opposite direction of the Kitces ratcheting rule, which holds that spending never increases in real terms, but it can decrease in real terms. (Remember that keeping spending level when there is inflation means that real spending has declined.)

With this perspective, the question becomes when it is or is not acceptable to take a full inflation adjustment for spending. Zolt’s method relies on building a capital needs analysis to determine a glide path for wealth throughout retirement.

Exhibit 1 illustrates the required wealth glide path for the baseline example provided in Zolt’s 2013 article. To be clear, other glide path assumptions could be developed. He illustrated an assumed 4% initial spending rate, 3% inflation throughout retirement, and a forty-five-year planning horizon.

With this desired spending path, a 6.1% compounded return is required to ensure that spending goals can be met and that remaining wealth precisely depletes after the withdrawal at year forty-five. With these assumptions, the figure shows that wealth continues to grow until year twenty-four of retirement, when it reaches $129 from an initial base of $100.

Then, wealth declines for the remainder of retirement before reaching $0 at the end. The $4 initial spending amount grew to $14.69 after forty-five years of 3% compounding inflation. Again, this wealth glide path is used to determine the types of spending adjustments made throughout retirement.

In years when remaining wealth exceeds the glide path level, a full inflation increase is made. But when wealth falls below this required level, the full increase is not made. 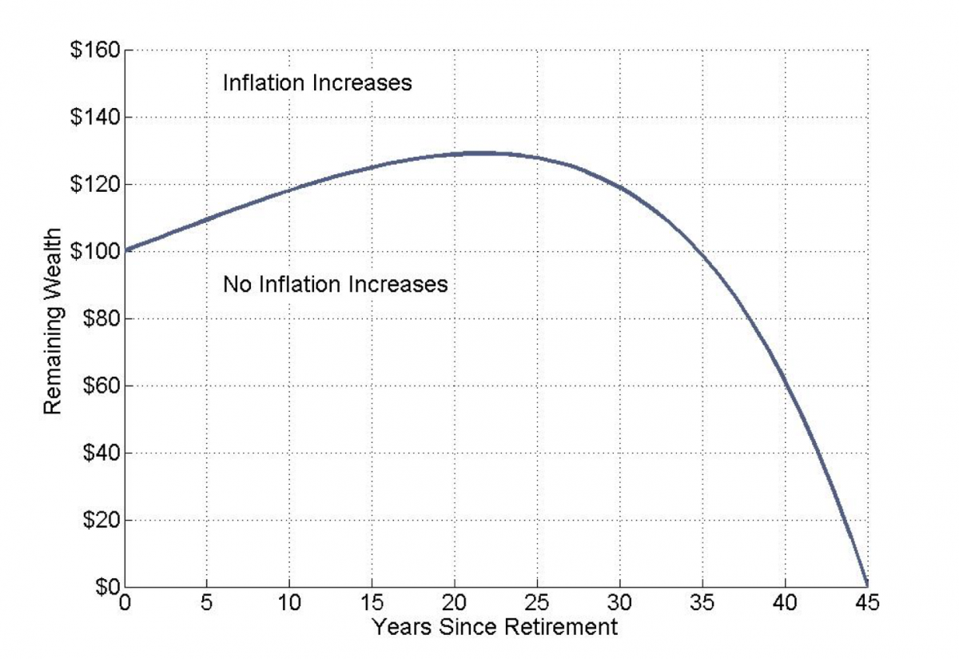 Zolt looks at a number of different ways to adjust spending at a slower rate when wealth is falling below its glide path level. He sought spending rules that would allow a larger increase in initial spending with a lower expected subsequent decrease in real purchasing power over time.

From the tables in his paper, the spending rule that looks most favorable—and which I will treat as a baseline representation of his approach—is to keep spending level, with no partial inflation adjustment when wealth falls below the glide path. In any year when remaining wealth is higher than the critical number from the glide path, spending adjusts for inflation.

However, in any year that wealth falls below that number, no inflation adjustment is made. Throughout retirement, sometimes spending adjusts for inflation and sometimes it stays fixed.

Exhibit 2 illustrates how this rule performed in the historical data when using the glide path defined earlier. 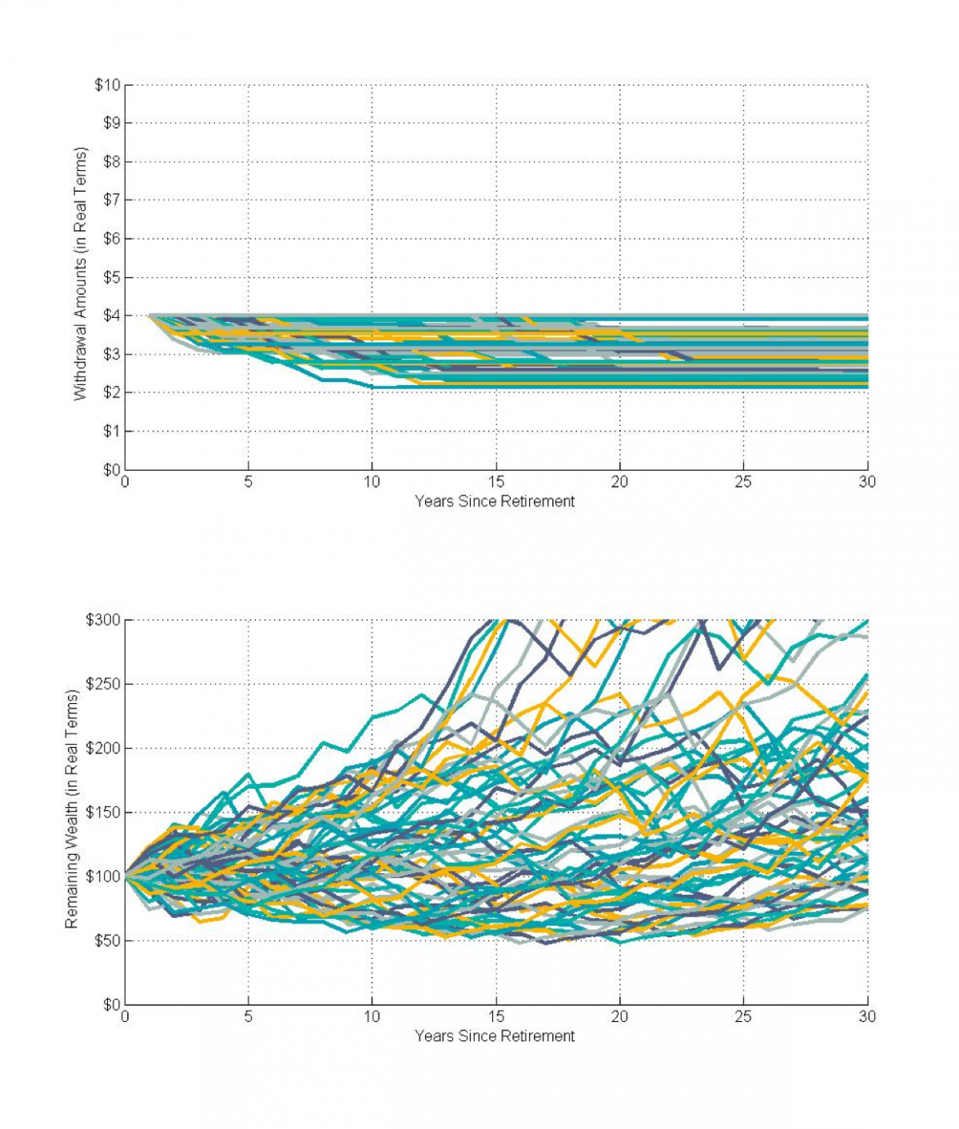