The modern form of the rules, as they are generally understood and implemented today, is found in the latter article. In it, they use Monte Carlo simulations based on the underlying data from 1973 to 2004, and 1928 to 2004 to analyze three retirement asset allocations—50%, 65%, and 80% stocks—over forty-year retirement spending horizons.

Four decision rules comprise this approach. They allow spending to increase faster than inflation when markets are doing well and to drop, even in nominal terms, when the portfolio is losing value.

The modern version of their rules drops Guyton’s original inflation rule, which capped spending increases at 6% when inflation exceeded that amount. It also adjusted the withdrawal rule to prevent spending freezes when the current withdrawal rate falls below the initial withdrawal rate. 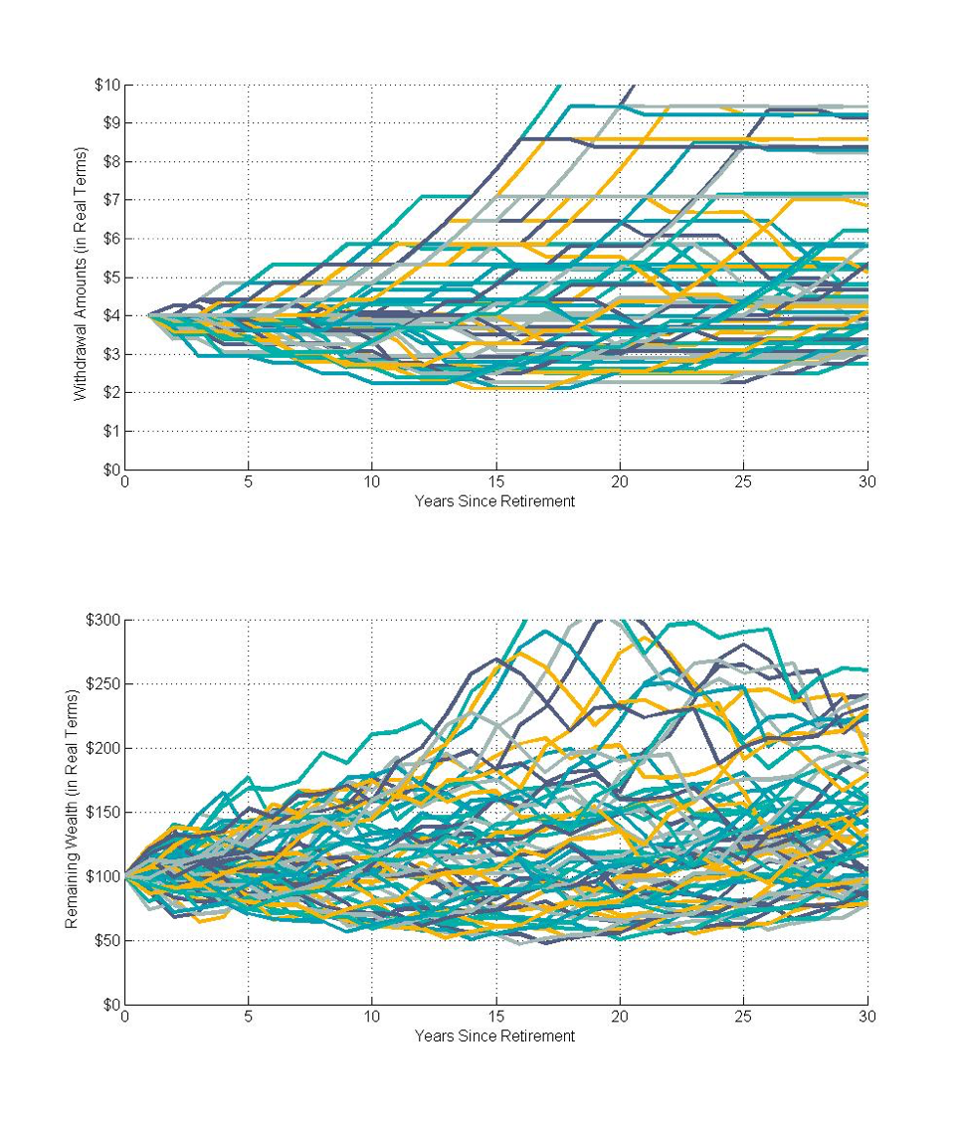