Heads My Stocks Win, Tails Yours Lose: The Difference Between Daily Returns and a Coin Flip 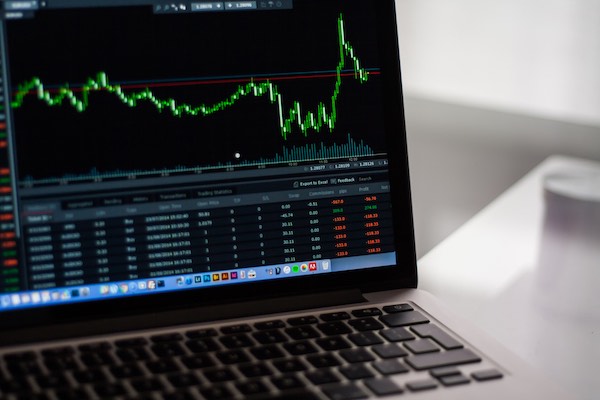 We all wonder how the markets did today. The news has trained us to care whether the Dow was up or down (even if the Dow is a mess). Since most people have money invested in the stock market, it’s an easy hook – do you have more or less money than you did this morning?

Whether it’s actually useful information or not doesn’t seem to matter. Daily returns present an easy, attention-grabbing story the media can fill a couple minutes with every day.

But here’s the thing – daily returns are basically random. There’s a slight positive trend because of the positive long-term expected return that comes with investing in the stock market, but on a day to day basis, it’s essentially a coin flip.

In fact, let’s do a quick experiment. Can you tell the difference between coin flips and daily stock returns?

I flipped two coins fifty times each.(1) I also grabbed the daily returns of ExxonMobil and Netflix from March 9 to May 18 of 2017 (since coin flips are binary, we’re only looking at whether the stock was up or down on the day).(2) Which is which? 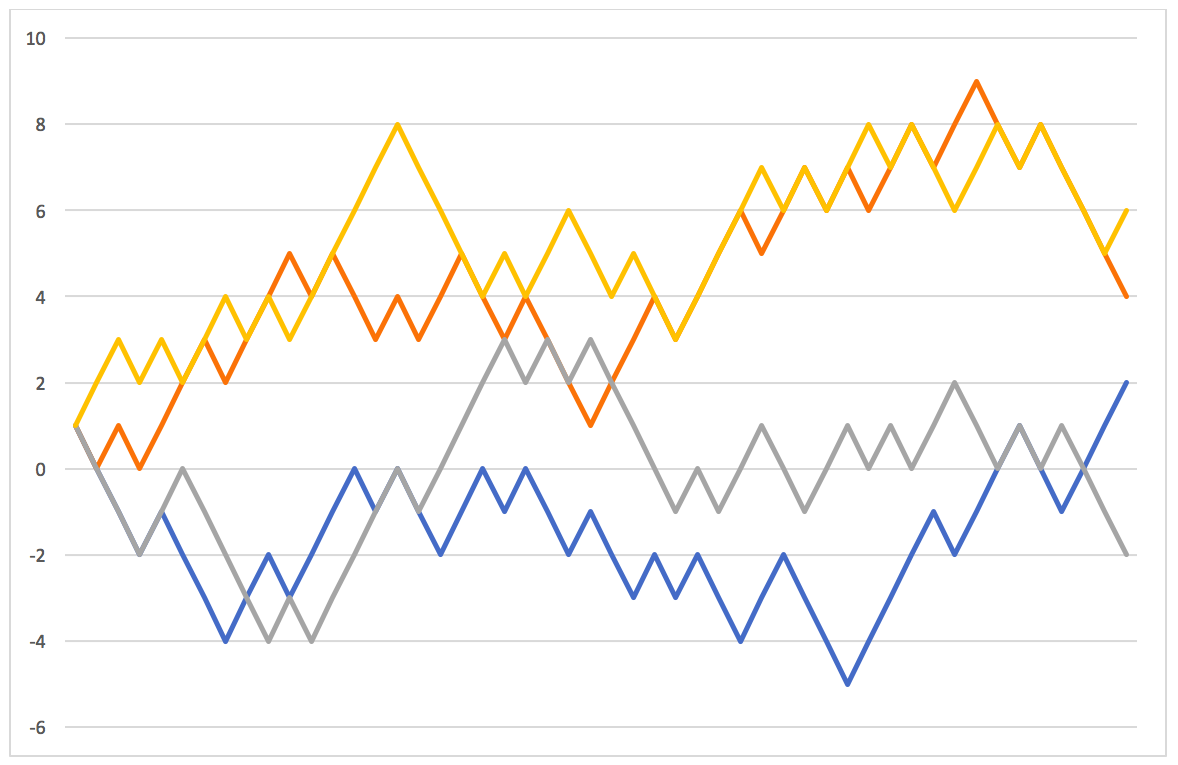 So which did better: heads or Netflix?

There’s really no way to tell the difference. They are essentially indistinguishable. To cut the suspense, the blue and orange lines are the coin flips, ExxonMobil is gray, and our winner, Netflix, was yellow.

In fact, the highest correlation was between coin #2 and Netflix, with a 0.75 correlation. The correlation between the two real stocks was only 0.23, which is pretty typical between two random US stocks.

You might be saying, “So what? Coin flips are random.”

That’s my point. If we can’t tell the difference between someone flipping a coin at their desk and actual stock returns, then those stock returns must be pretty random. If it looks like a duck and quacks like a duck, it’s probably a duck.

Paying attention to daily returns won’t do anything besides give you an ulcer. Since these daily returns are bouncing all over the place, you’re adding a lot of stress to your day that you just don’t need.

At the beginning of last year, I wrote about whether the markets are getting more volatile over time (they’re not), and I looked at the “felt” volatility based on daily returns versus the actual net volatility for the year. Rather than rewriting it, here’s the relevant section:

Volatility is an inescapable part of the market, but most of the day-to-day noise comes out in the wash. Last year (editor’s note: 2015), the Dow Jones Industrial Average was down 398.04 points (-2.23%). Not a good year, but moderately flat – not much motion when viewed in historical context.

But what if we zoom in and look at the daily movements? The sum of the absolute value of each day’s movement for the year was 31,839.34 points. So the market moved almost 32,000 points only to wind up less than 400 points away from its starting point. That’s roughly the equivalent of driving roundtrip from DC to San Diego – twice – just to get to Philadelphia.

The average daily movement of the Dow was 126.85 points, meaning on an average day last year, the Dow moved a little less than one-third of its total annual return (126.85/398.04 = 0.32). The fact that the Dow was down about 400 points for the year simply means there were a couple more bad days than good days last year.

To find out what you should be focusing on instead of the daily returns, read our eBook, 12 Principles of Intelligent Investors.

(2) Data retrieved from Yahoo Finance. Past performance is not indicative of future returns. For illustration purposes only.