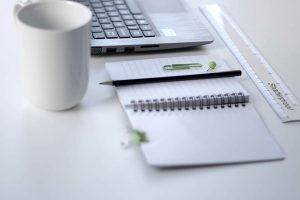 Social Security claiming strategies can be extremely complicated. Treaties on this topic, some of which are listed in the table below, provide page after page of details, nuances, and exceptions.

When you consider all the possible strategies for a couple there are literally millions of potential claiming strategies, given that each can claim for 96 months each between the ages of 62 and 70. Very few people in the world fully understand all of the Social Security rules accumulated since 1935. In fact, many case workers at Social Security offices are not trained in all of the nuances of the system and may tell you that you are unable to do something which you are actually allowed to do.

So while it is best to prepare in advance for a visit to the Social Security Office, and even to take written explanations with photocopies from the Social Security rules suggesting that what you want to do is allowed, it is not necessarily practical or a good use of your time to become an expert on all the nuances of Social Security claiming.

For this reason, it is vital to use robust software as an aid to maximize the Social Security claiming decision for your personal situation. The costs for using software could help to provide more than $100,000 in net gains over your lifetime. You may use such software either directly on your own, or you might choose to work with a financial advisor who maintains a license to test their clients’ circumstances in such software.

There are many software programs available for Social Security claiming, though they do not all necessarily cover all of the possible angles, especially with regard to matters like the Government Pension Offset or Windfall Elimination Provision.

Rather than repeating all the details found in these books about Social Security, I will instead provide a much more basic introduction to claiming Social Security. My explanations do not account for more complicated situations and special exceptions such as benefits for divorced spouses, what happens in the case of remarriage, joint claiming strategies when spouses are not the same age, the interactions of disability and retirement benefits, the impact of additional earnings after Social Security benefits have been claimed, and further modifications for survivor benefits such as the eligibility age of 60.

If you need more detailed explanations for any of these situations, they can be found in any of the books listed in the above table. Get What’s Yours is the most recent of these books, and in early 2015 it actually ranked as the #3 most sold book on Amazon.com.

For single individuals with no dependents, Social Security claiming is an easier endeavor, though it is probably worthwhile to still double check your strategy using one of the high-quality software programs listed above. If for no other reason than to make sure that you have not missed out on any special opportunities, such as a possibility for a divorce or survivor benefit.

A single individual need only decide on a claiming age. Unless you are in such dire circumstances that you simply do not have assets to fund a delay in benefits, or unless you have a valid medical opinion that it is unlikely you will live beyond 80, it is important to seriously consider the possibility for delaying benefits in order to support a permanently enhanced lifestyle and to obtain the full insurance value from Social Security.

As only one benefit can be received at a time, practically speaking, it is important to coordinate the best claiming approach between spouses. Because of survivor benefits, the case for the higher earning spouse to delay benefits becomes even stronger. The relevant age for the higher earning spouse extends beyond your own age of death to your age when the last surviving member of the couple passes away.

For a couple, joint survivorship is higher. Additionally, if the higher earning spouse is significantly older, their benefit could generate survivor benefits for many years, making Social Security delay extremely attractive. To reiterate, the higher earner claims based on number-of-years benefits will be generated by their earnings record for the longest living member of the couple.

Related to the claiming decisions for couples, it is also important to consider matters like deemed filing, restricted applications for Social Security benefits, and the file and suspend strategy. However, in November 2015 the government passed new legislation to phase out some of the more creative claiming strategies along these lines, and eventually it will no longer be possible to collect spousal benefits from their record of someone suspending their own benefit.

These explanations provide only a simple introduction to the complex world of Social Security claiming. It is worth repeating, again, that the minimal expenses required to test your situation with a high-quality comprehensive Social Security calculator is incredibly worthwhile. Such software could provide a strategy that garners significant additional benefits over your lifetime. This is a matter for which a basic investment of time and energy can lead to meaningful improvements for your retirement finances.

Find out your Funded Ratio for retirement.