When Are People Claiming Social Security?

One of the hottest topics in retirement income planning over the past several years has been how to help individuals strategize on their Social Security claiming decisions. These discussions generally delve into the intricacies of approaches like “file and suspend” or “file a restricted application.” The general theme emerging from these discussions is that the spouse with higher lifetime earnings should delay taking their benefit until age 70. Though the government recently has started to phase out some of the more creative strategies to garner even more benefits, the basic philosophy behind delaying benefits has not changed.

The benefits of delaying Social Security may be starting to get through to the public, though there is still a long way to go. Using numbers reported in the 2015 Annual Statistical Supplement to the Social Security Bulletin, I find that the percentage of non-disabled Social Security retirement beneficiaries who claimed benefits at 62 fell from 58% in 2005 to 44% in 2014.

(Excluding individuals on disability who transition into retirement benefits at FRA) 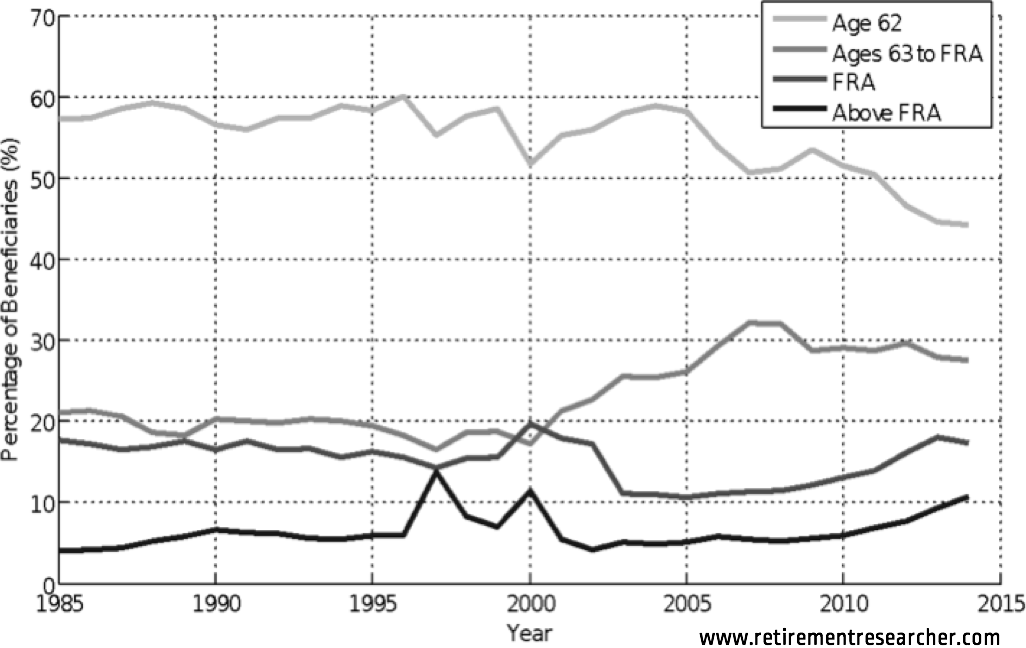 Source: Own calculations using Table 6.B5 from the 2015 Annual Statistical Supplement to the Social Security Bulletin

I excluded disabled individuals from my calculations because those receiving disability benefits will automatically transition into retirement benefits at their full retirement age. However, if you do qualify as disabled, you may wish to look into stopping your benefit at 66 and starting again at 70.

In a sense, this automated process artificially inflates the numbers of how many individuals wait for their FRA. In the past, 10-15% of new retirement beneficiaries each year have represented conversions from disability benefits. If we redo the calculations to include these individuals, those claiming benefits at 62 falls from 52% in 2005 to 37% in 2014. Meanwhile, those who delayed claiming until past their full retirement age went up to 9% in 2014. 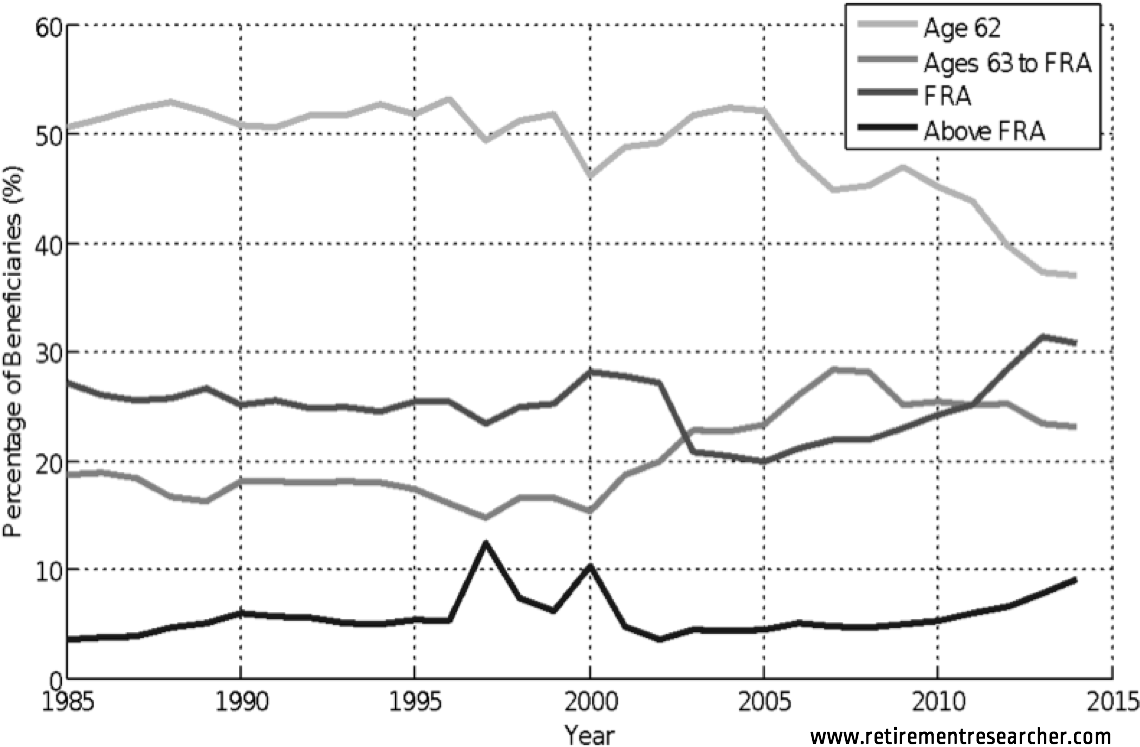 Source: Own calculations using Table 6.B5 from the 2015 Annual Statistical Supplement to the Social Security Bulletin

It is hard to say whether education on Social Security claiming is responsible for these recent shifts, whether other factors may be at work, or whether these shifts are just random fluctuations rather than actual trends. Nonetheless, there is still significant room to improve these numbers and give greater retirement security to more Americans.

Arguments to Justify a Delayed Claiming Age for Social Security

With an understanding about how benefits are calculated, the important question to consider becomes how to develop a Social Security claiming strategy. When should you apply for benefits? Disagreement exists on this topic, and I will review arguments from both sides next time.

Next, read 12 Principles of Intelligent Investors.